The tension between the USA and Russia has grown enormously over the couple of months. The case of yet another Russian jet shot down by Turkey pushed Ankara into the American embrace. Iran and Syria has stood by Moscow, the guarantor of their independence of the Western powers. Turkey, faced with no real choice, decided to throw in her lot with the USA. Wasn’t it the Allies that won in World War One? Was Turkey not defeated then because she backed the wrong horse? So Erdogan, Turkey’s president for life, has taken his decision: let the Americans make use of Kanal İstanbul and move their fleet into the Black Sea. The Montreux Convention forbidding passage of navies through the Bosporus does not apply. It is not the Bosporus, it is Kanal İstanbul. The year is 2023, the canal has just been completed.

That might be a scenario playing out in the nearest future. If. If the idea for cutting a waterway through the mainland will have materialized within several years from now.

NATO is about to expand taking on a new member: Montenegro. Podgorica’s bid to start accession talks and become the 29th member of the alliance was accepted on 2 December1. Strategically the country is no gain, politically it is. Russia is being sent a signal that yet another state that used to be under her influence is being taken away. The alliance is taking the Balkans piece by piece. Serbia, too, is being considered as a prospective NATO member.

The move that has been spearheaded by PM Aleksandar Vučić is strongly resisted by the Montenegrin population and by Russia. Montenegrins staged protests long ago, even during the visit paid to Podgorica by Secretary General Jens Stoltenberg2. People do remember NATO aerial bombings of former Yugoslavia (Serbia and Montenegro) that took place during the 78 days of the war of 1999, which left many casualties and areas radioactively polluted due to the NATO’s use of missiles with depleted uranium. The opposition Democratic People’s Party advocates a referendum as the only way of deciding whether the country should join the alliance, but the authorities refuse3. Is it because they are afraid of losing?

It was a political decision to down the Su-24, and it reflected more the growing impatience on the part of the Turks at the Russian military actions in Syria rather than an exasperation at the violation of Turkish airspace. The decision also showed Turkish shortsightedness and political immaturity. It was a blow to Russia, one that may lead to far-reaching international consequences. The long-term consequence for Turkey may be the loss of some of her territory to Kurds.

The course of events and their background

If each single violation of a country’s airspace were to lead to the outbreak of hostilities, we would long have had world war three that would have erupted in the region of the Baltic states where such incidents caused by Russian and NATO pilots are far from being rare. The long accepted practice is that in such cases the pilots of both sides try to make eye contact in order to identify the intruder beyond any doubt. Then the alien craft is escorted out of the country’s airspace.

Vladimir Putin is resuming the play. A year ago he was spurned on the international political scene only to become a key player nowadays. As he had a face-to-face talk with Barack Obama during the G-20 Summit in Turkey, he must have been complacent about his plan coming to fruition. Making use of the terror victims, of whom 224 were his compatriots, the Russian president is slowly but surely re-establishing his position, gradually fulfilling his aims. Europe needs Putin in her struggle against Jihadists. It will, however, have its price: Europe will have to lift the sanctions imposed on Russia and give up on plans of integrating Ukraine within the Union.

We mentioned back in July that there is a full blown war in the Sinai. The Egyptian authorities do everything in their power to downplay the facts in order to hold the image of them being in full control. To protect their economical interest they do not share information about the situation. Hundreds of people have been killed in the Sinai last year alone. In September 12 Mexican tourists were accidentally shot by the Egyptian army and in august of this year a passenger airliner was targeted by a missile. The British plane was landing at Sharm el Sheikh airport when a rocket was launched in their direction the pilot barely managed to dodge it. This serious event  did not result in appropriate actions by the UK’s or Egyptian security authorities. 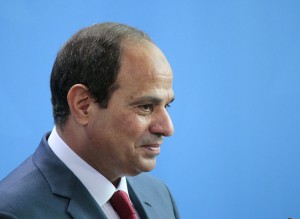 Egypt, being in a very difficult geopolitical position, may be the next victim of the Syrian war. The Egyptian army has beens truggling with Islamic terrorists on the Sinai Peninsula for a long time, with he Libyan branch of Islamic State causing problems in the western part of the country. Unfortunately for President Abd al-Fattah as-Sisi, with Russian raids in Syria, Islamic militants are now moving to Libya through Sinai.

Egypt did not want to get involved in the war in Syria or in Iraq, directly or indirectly, trying not to spoil the relations with Saudi Arabia. Egypt shared with Bashar al-Assad  the common aim, which is to fight the Islamic insurgency. In fact, the nation is waging a war in the north of Sinai against militant groups loyal to the Islamic State. The worst is yet to come, though.

The European Union struggled hard to pull Moldova on its side. However now the tide is turning, Europe remains silent on the ongoing protests in Chisinau. The country is being torn apart by anti-government protests, protesters who are quietly supported by Russia. The EU is losing face, showing how it only cares about democracy if anti-EU forces are being displayed. It can lose even more, if the moldavian government is overthrown.

Two years ago, the West was broadly involved in the „Maidan” protests in Kiev, aimed at former Ukraine’s President Viktor Yanukovych. Since early September, people in the Moldavian capital, Chisinau, are demanding a governmental and presidential resignation. Following the disappearance of a billion dollars from the banking system (1/8 of Moldova’s GDP1). Former prime minister Vlad Filat has been detained for his involvement in the theft2. The political elite has lost its public trust as they are associated with the country’s oligarchy (and their leader Vladimir Plahotniuc). 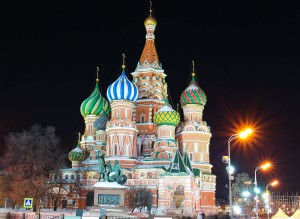 Reports on increasing Russian activity in Syria are covered by rumors about reducing support for separatists from Donetsk and Luhansk People’s Republics. Vladimir Putin most likely will not risk the game on two fronts and will shift his military attention to the Middle-East. He does so not only due to threats related directly to Islamic State (IS) and to eventual downfall of Bashar al-Assad, but also because of the fact, that the road to a victory in Ukraine leads through Damascus and Latakia.

Since September 1st the ceasefire in the eastern Ukraine has been broadly respected by both sides of the conflict. However, reported single incidents of violation have been pointed out each other by rebels1 and Ukrainian army2. Also Contact Group failed so far to agree on the pullback of heavy weapons3. Quarrels on elections in Luhansk People’s Republic and Donetsk People’e Republic4 also show that political confusion will not be stopped.

Inconsistent statements of separatists leaders regarding local elections cast doubts, though. They are beating about the dates of elections, not knowing if October/November term would be better or February 21st 5. It could be a symptom of sliding ground from under feet, because Russia seems to leave the Ukraine conflict for now. Of course, political pressure will not be diluted – quite the reverse!