What’s wrong with mathematics? Indictment number one: it has been created by “dead white men” (so has English literature) who thus continue to “control things”.Indictment number two: mathematics “has a problem with diversity”. Why? Because “all over the world, black and women mathematicians remain rare”.Indictment number three: mathematics (and many other branches of science) “perpetuates stereotypes about who belongs in the field”. And who does? “Gifted people”, and since e.g. in “2013, 73% of math doctorates were male and 94% were white or Asian” and “the proportion of women pursuing mathematics PhDs between 2004 and 2013 actually fell, from 34% of students to 27% of students” mathematics is reprehensibly racist and biased against females.Indictment number four: mathematics is “all too often Eurocentric, paying homage to the fair-skinned Greeks as the purveyors of most of our significant mathematical knowledge”.

When the so called communist system had crumbled in Eastern European countries, their respective societies embraced Western-style democracy and economy, which, taking into consideration the development gap between the two systems came as no surprise. What was stunning, however, was the fact that yesterday’s communists became today’s social-democrats; yesterday’s enemies of the West transpired as today’s ardent friends of the west; yesterday’s anti-liberal propagandists had no difficulty changing sides and becoming today’s pro-liberal propagandists; why, to top it all, yesterday’s Moscow’s footstools turned into the Kermlin’s fierce critics. It does not stand to reason that they (i) became capitalists overnight and that (ii) they converted to western values in droves.

The same people in a position of power who before 1989 would punish their compatriots for entertaining a mere thought of emigrating to the West or copying Western-style political or economic solutions; the same people at the helm who would not even ponder leaving the Warsaw Pact and joining NATO, arguing that geopolitics was such as to impediment any such attempts, the same people after 1989 came to laugh at the opponents of the European Union or NATO.


A break-up of the eurozone due to the European Central Bank and its Public Sector Purchase Programme (PSPP) should not be treated like a science-fiction scenario. The more government bonds the ECB buys, the smaller becomes the problem of a country’s insolvency and debt conversion into French francs or Greek drachmas. Eventually, who cares if all the bonds are kept by the institution that cannot go bankrupt and that is out of the financial market?


Let us recall: the exclusion of Greece from the Euro Area was impossible in 2012 due to a large amount of Greek debt held by foreign banks, which were rescued by the ECB, the European Union and the International Monetary Fund. These institutions, called Troika, saved banks and private creditors, not the Greeks: 95% of the bailout money went to banks, as a study of the European School of Management and Technology proved.

For two months, using marinetraffic.com, we have been monitoring the movements of ships owned by a couple of NGOs. Using data from data.unhcr.org., we have kept track of the daily arrivals of African immigrants in Italy. It turned out we were witness to a big scam and an illegal human traffic operation.

Replace freedom of speech with hate speech and you get rid of the former, basking on moral high ground of fighting the latter.

There was a time when people in the Eastern Bloc were forbidden to listen to Radio Free Europe, The Voice of America or any other western broadcaster on pain of, depending and country and period, severe or mild punishment. The mentioned radio stations were jammed most of the time, which was not the only countermeasure that was implemented: the government-controlled mass media would target selected news and in an attempt to spread “information literacy” raise the citizens’ awareness of the dangers of being exposed to hostile Western propaganda which, allegedly, went out of their way to create the impression of failed socialist states.

After what to many came down as an unexpected result of the British referendum, another one could further accelerate the implosion of the European Union, this time in Italy. December 4th the Italians will be voting on political reforms. Thanks to the law of unintended consequences, these changes will pave the way for a subsequent referendum where people might be asked to vote whether the country should return to the lira as its legal tender.

To understand why, we first have a look at the current political structure. The Italian parliament is made up of the Chamber of the Deputies (the lower house), and the Senate (an upper house), which are endowed with the same power. New legislation has to be approved by both chambers before it becomes law. Italy has about ten political parties, making it hard to create a coalition and form a government that gets the backing of a majority in both houses.

Smoke was far from subsiding over the trenches of the battlefields of World War One when in 1916 a book was published. Its title was Mitteleuropaand its author: Friedrich Naumann. The war was about making a new deal between the superpowers at the turn of the 20th century: Germany, Russia, Austria-Hungary, France and England. A deal about re-assigning African and Asian colonies and a new order in Europe. At that time no one could know how the war would end: it was not generally assumed that Austria-Hungary would disappear from the political map or that Russia would drastically change its political system. It was rather taken for granted that the superpowers would have to make mutual concessions and that they could only expand at the cost of smaller nations. Where were they to be found? In Central Europe, from the Baltic down to the Mediterranean: Courland (present day Latvia), Lithuania, Poland, Czechia, Hungary, Romania, Serbia, Bulgaria to name a few.

The great advantage brought by the common currency to Southern European economies that is often pointed up by supporters of the euro is the stability of the currency. It is often overlooked, however, that the impact that the euro and fixed exchange rates in general have had since its introduction was unfavourable. Italian and French economies have turned from net exporters to net importers whereas Spain, Portugal and Greece have amplified the magnitude of their trade deficit. 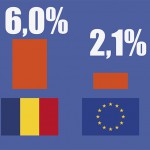 Jonathan Samuels, Sky News Correspondent, and his team discovered a discarded handbook, printed in Arabic, on the shore of the Isle of Lesbos, providing the migrants with detailed information on the routes, important phone numbers, non-government organizations that aid the migrants and on their rights in target countries. WatchTheMed (watchthemed.net and alarmphone.org) and w2eu (w2eu.info and w2eu.net) are among the organizations listed in the said rough guide.