We could say that, just looking at the plight of Southern European countries after years of EU-imposed austerity, where trust in the European project is fading, while the euro currency is increasingly under question.

This time however, we look eastwards, at big, bad Visegrad. The group composed of Poland, Czechia, Slovakia and Hungary has shared and separate interests.

Among the former is their unwillingness to take part in the refugee relocation program. Why? Because Angela Merkel invited them without first consulting the rest of Europe.1)Poland’s Kaczynski blames Merkel for EU’s migration issues, Reuters 2017-05-20.

This is unbearable for the EU leadership, who loves diversity and wants to pass it off as a way forward, unless it’s diversity of opinion, a core tenet of the liberal democracy they claim to represent. Liberalism that once was about “I disapprove of what you say, but I will defend to death your right to say it’’, a quote maybe erroneously attributed to Voltaire, has now become “I disapprove of what you say, so just don’t say it’’.

The problem is even deeper. The Visegrad bloc has gained independence from a forced solidarity, another international project, the Soviet Union, less than 3 decades ago. Their experience makes them wary of unelected, centralized utopias. And yet once again they found that they have been entrapped in another one. Just when they thought they left one dystopia to join the free world, the free world itself has turned into one. Solidarity is voluntary, it can’t be forced. Angela Merkel’s approach resembles that of the Soviets rather than free people.<!–more–> 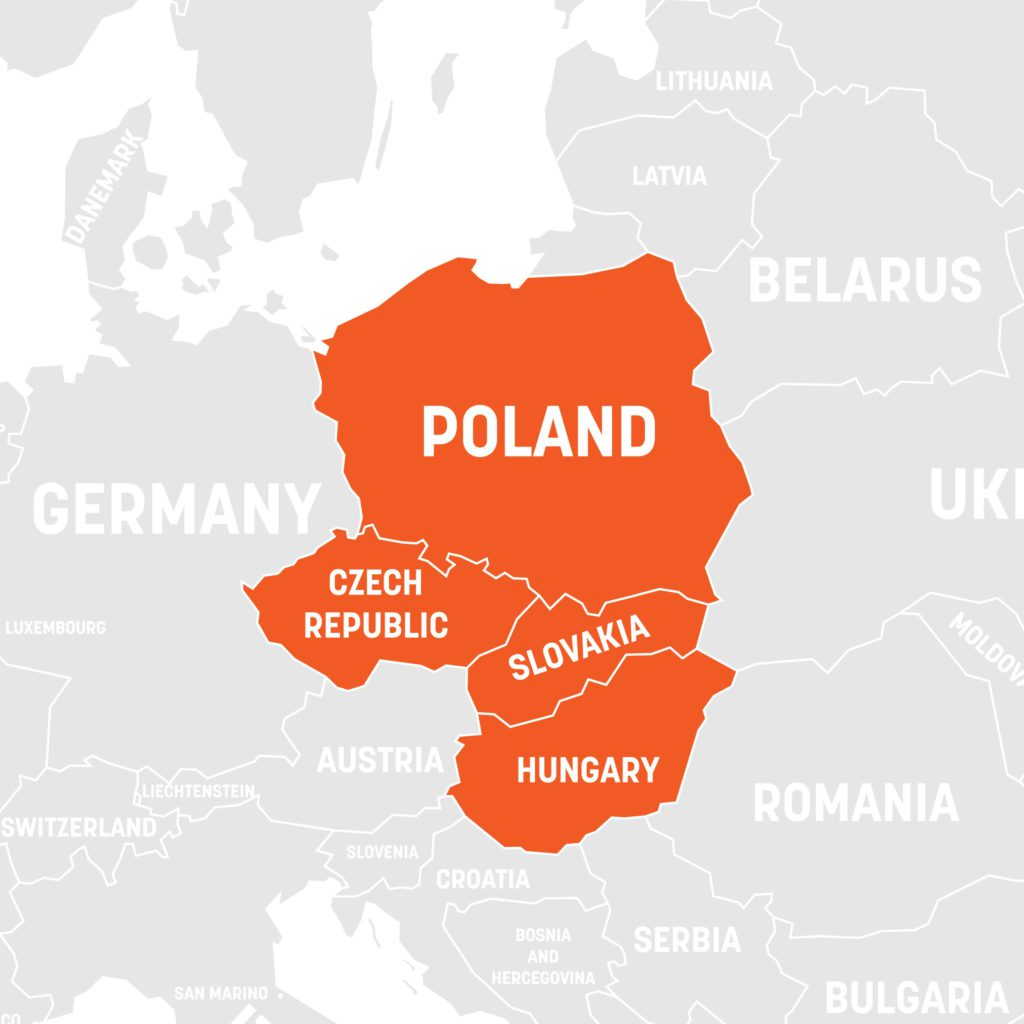 There’s a second element of discord in this diatribe: multiculturalism. Once again, the EU leadership has decided it’s a way forward,2)Timmermans: Central Europe has ‘no experience with diversity’, Politico 2015-9-24.regardless of the discontent rising in Western countries against it. A core theme for Brexit voters was immigration, but for Juncker, Timmermans and Verhofstadt it doesn’t matter, Western Europeans will get it until they come to like it and Eastern Europeans will have to capitulate as well. Vaclav Klaus, the Czech President, disagrees,3)Václav Klaus: Nastal čas začít připravovat odchod naší země z EU, parlamentnilisty 2017-06-13.just like the Poles do,4)Polish minister blames multiculturalism for Nice attack, Financial Times 2016-07-15.the Hungarians5)Orbán : “Multiculturalism has failed in Europe”, Visegrad Post 2017-06-30.and the Slovaks.6)Why Slovakia won’t embrace migration, Politico 2016-08-26.

Why does all of this matter? Because opinion polls show that the EU is actually liked in the Visegrad bloc, more than in any other region.7)Enthusiasm for EU in sharp decline throughout Europe, not just UK, Financial Times 2016-06-07.
They just don’t like multiculturalism, forced solidarity and the new fads of Western European leaders (which truth be told aren’t liked by Western Europeans either), as confirmed by the widespread support enjoyed by the anti-multiculturalism leaders of the Visegrad bloc within their own countries. So is the bullying by Timmermans justified or even desirable? In effect he is antagonizing the only remaining EU-phoric side of the Union.

Consider the individual issues: Hungary doesn’t like George Soros ‘’humanitarian’’ causes and wants him out of the country. Juncker, Timmermans and co. on the other hand love the billionaire and widely support him.8)Soros gets warm Brussels reception amid spat with Hungary, Euractiv 2017-04-21.

What can be said about leaders that prefer oligarchs to people? Can they be considered ‘’democratic’’?

Poland does not want judges compromised under the previous governments in its Supreme Court. This is a touchy issue as separation of powers between the legislative and the judicial is a key component of liberal societies. In most countries, however, governments appoint supreme court judges whose position is in line with the governmental priorities. The problem? The Polish government is eurosceptic and the EU does not want euroskeptic judges to be appointed. Hence, as usual, Timmermans now wants to strip Poland of its voting rights,9)Poland may be stripped of EU voting rights over judicial independence, The Guardian 2017-07-19.for something every government does. It’s only bad when the side Timmermans doesn’t like does it.

Do we wonder? How long before the Central-Eastern European bloc, the only one enthusiastic about European integration right now, loses patience as well? Will it be Italy leaving the euro first? Is the Visegrad bloc really the problem for daring to disagree or is it the tolerant-intolerant EU leadership?