At the end of 2015 the Portuguese Socialist Party managed to form a minority coalition with the far left to oust center-right, pro austerity Social Democrats; this was a rather unique case in Europe where troubled countries like Greece (before the Syriza experience), Italy and Spain had instead opted for centrist (center-left and center-right) coalitions to solve the debt crisis, failing however to obtain any significant positive result.

With a growth above 2% in the first half of 2017, unemployment is dropping fast (though in truth it was also dropping before the current government; labor participation is also declining, suggesting that the decrease in the number of unemployed might result from retirees and/or people giving up on the job market), the government deficit has decreased to 2%, a 40 years low; as for trade, both imports and exports have an increase by approximately the same size, leaving the trade balance unchanged.

Not all that glitters is gold
Portugal’s economy is certainly improving, yet some problems remain. The issue of non-performing loans still threatens the existence of the Portuguese (and not only) banking sector, but Mario Centeno seems to be aware of it.5)Portugal’s Centeno hopes for a Europe-wide solution for bad loans, Global Association of Risk Professionals 2017-05-23.Portugal’s growth might also have very little to do with the Keynesian stimulus; the driving factor so far has been tourism (revenue up 10%,6)Portugal’s winning streak continues with strong Q1 economic growth, Euronews 2017-05-15. )and real estate, though the fiscal policies of the Portuguese government might have had the benefit of redistributing the wealth generated.

The real estate boom is a result of various factors: in 2012, the then government launched a “Golden Visa” programme to attract non-EU investors.7)Portugal’s Golden Visa programme is a lure for foreign investors, World Finance 2016-07-21.Portuguese real estate is still considered cheap and many dwellings were left unoccupied by the crisis, so the current boom is related to existing rather than new housing. On top of that, the Eurozone via the European Central Bank low interest rates provides access to cheap credit.8)Great value and good yields in Portugal, where house prices continue to rise, Global Property Guide 2017-01-16.

Prices are rising fast, maybe too fast: 10% last year, while for 2017 the projection says 28%, with credit provided by German and Dutch banks.9)Portuguese property prices predicted to rise 28% this year, Algarve News 2017-05-21.Cheap credit due to low interest rates, however, was one of the ingredients contributing to the creation of the housing bubble in neighbouring Spain, as housing prices tripled from 1997 to 2007 (with an average of 20% increase a year), while interest rates were collapsing due to the convergence brought by the creation of the euro. 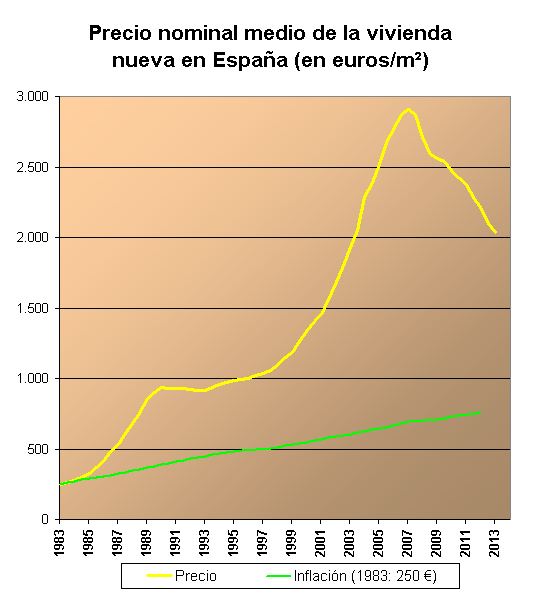 Similarly, cheap credit due to the low interest rates policy of the Federal Reserve was a factor that contributed to the US housing bubble.

Is the Portuguese real estate boom a bubble? Real estate in general has proved to be a boom and bust sector; Dubai in the previous decade just like Toronto recently are other examples that come to mind. If the Portuguese one is a bubble, it’s in its infancy and likely to continue growing for a number of years.