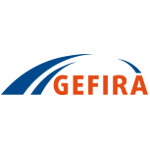 The Gefira Foundation was accused in the article of being “Eurosceptic, pro-Russian” and that the activities of NGOs in the Mediterranean as reported by Gefira was ‘’fake news’’.
We are taking the time to address the accusations: