Michele Valentini was the perfect nobody from nowhere. Even in his sleepy little town of Tarcento, tucked away in the north-eastern corner of Italy not far from the Slovenian border, anyone hardly remembers him. Quiet and mild-mannered, thirty-years-old Michele was the kind of person you would not expect to do anything that would bring the spotlight on him.

But he did, last February. He took his own life, leaving behind a long letter to his parents in which he explains the reasons for his choice of saying farewell to a society which he could no longer bear to live in.1)La lettera di Michele che si è ucciso a trent’anni perchè stanco del precariato e di una vita fatta di rifiuti, Messagero 2017-02-07.

Michele Valentini’s malaise was the infectious disease common to millions of other young – and not so young – Italians: the inability – better, the impossibility – of landing a decent, steady job. It can be officially defined as quiet desperation.

The letter was a final, desperate j’accuse towards society in general and the current Italian government in particular, since Michele chose to end his letter with a sardonic remark specifically directed at the current Italian Minister of Labour and Social Policies Giuliano Poletti.

Poletti was appointed by the then PM, Matteo Renzi, in 2014, and remained at this post with the new government led by Paolo Gentiloni, installed last December, after Renzi’s resignation.

He made the headlines right after his nomination as minister last December, saying that Italy should not miss the 100.000+ young Italians who are leaving the country every year, because “after all, Italy will benefit from their departure”.2)Poletti: “Giovani italiani vanno all’estero? Alcuni meglio non averli tra i piedi”. Poi le scuse. Utenti su Twitter: “Dimissioni”, Il Fatto Quotidiano 2016-12-19.

The moment I heard the news, I had a flashback. My mind went back to the 80’s, to one of my favorite movies of all times, Scarface (1983) and, to be precise, to the opening scene presenting the original footage of Castro’s speech to Cubans, referring to the thousands of his compatriots who had chosen to flee the island through the port of Mariel, in 1980: “We don’t want them, we don’t need them”.3)Scarface Intro – Fidel Castro Speech, YouTube 2010-05-07.

Probably Poletti’s remarks were the final straw that moved Michele to his desperate act. Probably Michele felt he was – how to say this? – unwanted, unneeded, in his own country.

Make no mistakes, though. Poletti ain’t no Fidel. Despite a vague physical resemblance, Poletti, with his shameless outspoken arrogance, represents the quintessence of Italy’s current government (the 4th non-elected government since Berlusconi’s resignation in 2011). The oligarchy currently in power in the BRI (the Banana Republic of Italy) has now dispensed with any possible pretentiousness of even a fake, superficial decency. They know Italians don’t love them, and they simply don’t care. After all, their purpose is anything but to serve the interests of Italians and the main two goals are the replacement (at full speed) of the Italians with an undefined human hybrid, and the sell-off of whatever is left of Italy’s state assets to foreign buyers.

Take another key post, especially important for Italy’s future, that of the Minister of Education, University and Research (MIUR). After an at least officially decent figure such as Stefania Giannini, a former University of Perugia professor until December 2016, the new appointee is Valeria Fedeli, who in a normal country (therefore not the BRI) would have reached – at best – a lower secretarial or – better – a janitorial position. She was appointed a new minister because of her “experience” as a political organizer for the notorious left-wing union CGIL,. 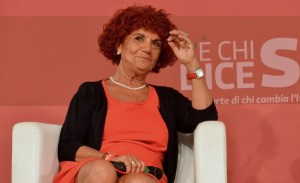 But, here to your delight, an all-Italian scene. Evidently, feeling that her resumè was missing a decent college degree and her figure a certain natural attractiveness, she had her CV, so to speak, readjusted, and – voilà – she gained a new respectability with an impressive degree in “Social Sciences”. After all, let’s face it: do we really think that Italians would waste their time reading the CV of one of their ministers?

Well, somebody did. And found out that the impressive and hard-earned degree in Social Sciences was a hoax. Ok, you think, she must have resigned in shame. Not in Italy. After an initial embarrassing silence, her staff replied that a “lexical mistake” was the culprit of the imaginary degree. But, then again, Italy is the land of art and imagination.4)Dopo la bufera il ministro Fedeli cambia il suo curriculum, il Giornale.it 2016-12-14.

Getting back to Poletti, it wasn’t just his infelicitous quip making the headlines, but also, as somebody inevitably took the time to do some research, how his family is “barely” scraping by. Turns out that his son won’t be joining the crowds of young Italians forced to search for better luck abroad, as he sits comfortably as president of another cooperativa rossa, Italian for red co-op, lavishly funded by public money. But, you know what Italians are like: family always comes first.5)Poletti jr. non emigra: lavora nel feudo di papà e prende soldi pubblici, il Giornale.it 2016-12-21. 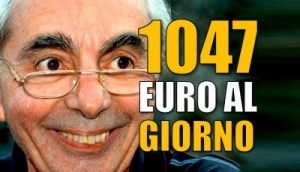 Searching for the inevitable comments on the web on Poletti’s remarks, I found one letter worth quoting. This letter comes from a young attorney from the southern port of Bari, who found better luck (and consideration) in Dublin, Ireland.

Dear Sir, (…) having briefly reviewed your resumè, I guarantee you wouldn’t even be considered to serve breakfast at this Dublin Hotel where I work after being forced to leave my country for a better future. (…) It appears also very clear from your resumè that you haven’t worked one single day in your life, neither do you know what it means to experience the painful discouragement of living abroad and suffering from lack of mastery of the language of the country you are in.(..) You are the most typical example of an arrogant political èlite completely separated from society, living in your comfortable ivory towers with astronomical salaries that you have bestowed upon yourselves and your families. (…) I, together with the other thousands of young Italians leaving Italy every year should be your utmost concern, the kind of concern that should make you anguished, given the fact that the best of Italy is leaving the country…

If you happen to take the time to look at the resumè of every minister and deputy minister of the current Italian government, you will inevitably notice one common denominator: they have all been in politics – at various levels, local or national – for years, or decades. You look at their CVs full of “lexical intricacies” and you simply realize these people have never left politics one single day in their lives. Just like biological parasites they have found their perfect host: why on earth would they want to change their lifestyle?

And, when you live off politics all your life, and the thought of making ends meet has never concerned you, it comes – how can we say – natural, not to bother with trivialities such as the price of a litre of milk or a litre of gasoline let alone if you are – incidentally – the finance minister of the BRI.6)Il Ministro Padoan non conosce prezzo di latte e benzina!!! YouTube 2016-11-17.

Michele Valentini or the young attorney from Bari could have stayed in their hometowns. They could have chosen to survive from day to day with odd jobs, maybe delivering pizzas with their scooters or being employed in a call center, molesting people by trying to sell them anything from a new telephone to useless gadgets. After all, at home there is always mamma to prepare your meal or wash your laundry.

That is, after all, the surviving (larvae-like) mode in which millions of other young Italians are conducting their daily existence, knowing full-well that there is no future anytime ahead. But they chose to leave for the unknown, the uncertain, with only one certainty: they’ll have more dignity anywhere rather than eking out a miserable existence at home. By all means it should be added that even cleaning public toilets in Invercargill, New Zealand, would be a saner choice than declaring ultimate defeat, and deciding to check out for good.

Maybe somebody ought to show Poletti and the rest of his cronies in the Italian government a few (staggering) statistics: Italy is literally throwing billions of euros out of the window in public education for thousands of young Italians who will then reinvest their skills and education elsewhere. In simple words, Italy is paying for the education of Italians who will then become a valuable human resource in another country. Conservative statistics show that Italians who left their country between 2008 and 2014 meant a net loss for Italy of approximately 23 billion euros.7)Il laureato emigrante: un capitale umano costato 23 miliardi che l’Italia regala all’estero, repubblica.it 2015-03-23.

But then again Poletti might be an undervalued genius who apart from producing a constant output of clever, original ideas knows a thing or two about life: why waste your time sending out painstakingly elaborated resumès when you have better opportunities in meeting “the right people” through a friendly soccer match?8)Poletti, l’ultima ai giovani: “Per trovare lavoro, è meglio giocare a calcetto che mandare cv”, Il Fatto Quotidiano 2017-03-27.

Actually, what Poletti really meant was nothing new: in Italy the only way to get a job depends entirely on your connections. Of course, that is one of those truisms that applies not just to Italy. But Italy stands apart, perhaps matched by few other countries. Poletti and all the other members of this non-elected, hence illegitimate, government got their posts because of their connections, political connections at that, but certainly not because of their expertise, university degrees and/or studies. They were not appointed for their value as government officials acting on behalf of the country (community) which they are to represent, (and serve, shall we add), but they solely for their connections that they were able to create for themselves and their inner circles of friends and relatives. That’s exactly how a Banana Republic works.

Cicero wrote that Nature abhors a vacuum. Satis argumenti est ab interitu naturam abhorrere. If Cicero could see Italy today, he would be proud of how well vindicated his theory is. Serious assessments foresee that Italy will “receive” an estimated record number of 250.000 “migrants” this year.

Considering that the official statistics of approximately 100.000 Italians taking residence abroad every year is grossly underestimated because it is well known that probably an equal number are leaving Italy on a more or less permanent basis, but maintaining for a number of reasons their residence in Italy, the data don’t lie. The replacement is in full swing, no one can deny it.

Given the fact that a good percentage of TNIs (The New Italians) is personally delivered to the Italian shores courtesy of “philanthropist” Chris Catrambone, perhaps many young Italians in search of better luck abroad should start seriously considering Louisiana as a possible future home, taking advantage of the ESTA online visa that allows Italians to travel freely to the US (for now).

After all, Louisiana is more than one-third the size of Italy, and it only has less than 5 million people.9)Louisiana, Wikipedia.There is still plenty of room to start a new life, and as for Mr. Catrambone with his gracious wife Regina, they could start another profitable business: relocating Italians.