Bulgaria is torn between three forces. A third of the population is leaning towards the European Union, another third would like to have stronger ties with Russia, and some ten percent of the population are Turks, loyal to Erdoğan. All this is reflected in the results of the latest election that was held in this poorest country of the European Union.

On 26 March 2017 long-postponed elections were held in Bulgaria, and the pro-European GERB Party emerged victorious.1)Крайни резултати от парламентарни избори 2017, offnews.bg 2017-03-27.The Bulgarian Socialist Party, a successor to the former Bulgarian Communist Party, hence pro-Russian, came second. The DOST (Turkish for friend) Party, which is the representation of the Turkish minority in Bulgaria, won 8,44% of the vote.

Boiko Borissov, leader of GERB, which has been running the country since 2008, has always made many electoral promises, but has failed to combat the widespread corruption or human and drug trafficking;2)Schweizer Hilfe fällt bulgarischen Intrigen zum Opfer, tagesanzeiger.ch 2015-04-11.neither has he managed to prevent the rising prices of electricity, gas and water. The establishment of the party led by an erstwhile bodyguard and karate champion with a murky past was supported by the Hans Seidel Foundation, which has closer links to the CDU.3)Bodyguard Bojko Borissow räumt auf, www.welt.de 2007-10-27.No wonder then that he needs to pass himself off as a pro-European politician. 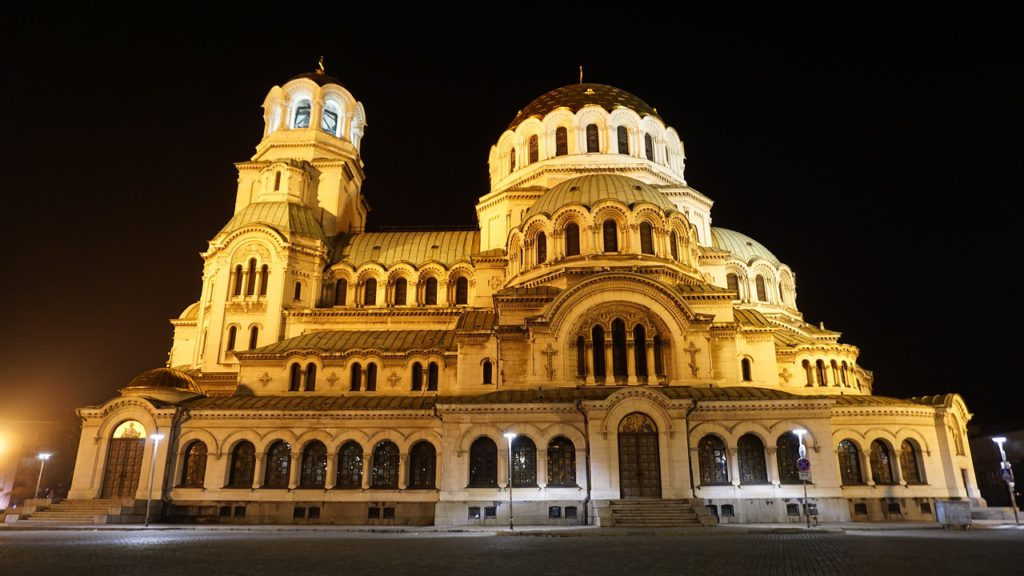 The political platform of the socialists led by Ninova was pro-Russian and addressed to the people disappointed with the European Union. In the run-up to the election day she said, Democracy has robbed us of many things, of health care, education and social security. Also the current president, Rumen Radew, remains sceptical towards the EU and friendly towards Russia. Recently he has employed in his staff Ilian Alipev, an erstwhile agent of the communist secret police.4)Rumen Radev: Bulgarischer Präsident ernennt früheren Stasi-Agenten als Berater, The Sofia Globe 2017-03-02.The BSP repeatedly voiced its opposition to the sanctions imposed by the EU on Russia. Which from the Kremlin’s point of view is a reasonable demand; according to the German Society for Foreign Policy (Gesellschaft für Auswärtige Politik) a fourth of Bulgaria’s economy is controlled by Russia.5)Russian Economic Influence in Central and Eastern Europe, DGAP 2017-01-26.

The former Ottoman presence in Bulgaria is still felt in the country. Of the 7,2 million inhabitants, Turks make up 10%. Some 300.000 of them emigrated from socialist Bulgaria (either willingly or coerced) to Turkey. They hold double citizenship, which means they can cast their votes in Bulgaria. 1.000 coaches full with Turks are estimated to have arrived in Bulgaria weeks ahead of the elections. The magnitude of the Erdoğan-induced action provoked Bulgarian nationalists to take preventive steps: they blocked border crossings,6)Bulgarien: Nationalisten blockieren Grenze zur Türkei, wegen Erdogans Wahlbeeinflussung, Rt.com 2017-03-22.which outraged Erdoğan.
The similarities with the situation in the Netherlands are striking: Dutch Prime Minister Mark Rugge blocked the arrival in Holland of a Turkish minister, which sparked off tensions with Turkey. There are also differences: the political relations between Bulgaria and Turkey are for years far worse than those between Germany or the Netherlands and Turkey. Bulgaria was under the Ottoman yoke for 500 years, so the country is particularly alerted to the aggressive ruler on the Bosporus. What will happen if Erdoğan’s threats come true, when he opens the border up for migrants? Will the poorest, internally torn EU’s country manage to survive?