The philosophers have only interpreted the world, in various ways. The point, however, is to change it. (Karl Marx)

Marx had a dream. A dream of changing the capitalist society. With this dream he managed to inspire hundreds and thousands of intellectuals. Some of those intellectuals formulated their own proposals of implementing Marxian dream in real life. One of such proposals that turned out to be most attractive at the turn of the century was communism. After WWII, however, it became obvious that Marxism practised in communist countries not only failed to transform societies after the desired Marxist fashion but also suffered an economic defeat, whereas in western countries capitalism seemed to be thriving and the affluence placated the working class. Latter day Marxists came to the realisation that workers no longer made the revolutionary force in modern western societies and began looking for a new proletariat. The dream of creating a brave new world with a new awareness was still waiting to come true.

A wish to continue the remoulding of societies was taken up among others by philosophers from the so-called Frankfurt School. Its major aims set by Max Horkheimer were oriented to “critique and change society as a whole, in contrast to traditional theory oriented only to understanding or explaining it” in order “to liberate human beings from the circumstances that enslave them.”

The transformation of society as an aim, not the subject matter of philosophical consideration, was to be carried out by coupling Marxism with psychoanalysis. According to Horkheimer, the transformation was to be a common effort of philosophers, sociologists, economists, historians and psychologists, while Critical Theory was to provide methods for this cooperation.

Frankfurt School and its Critical Theory is obviously not the only one that affected the viewpoint and decisions of intellectuals, politicians and ordinary people living in the twentieth century. As an interdisciplinary undertaking it was far from being uniform. Its origin can be traced to the pre-war Frankfurt am Main, Germany, but its representatives, forced to escape Germany, worked mainly in the United States. Among the key philosophers are: Theodor Adorno, Max Horkheimer, Walter Benjamin, Herbert Marcuse, Friedrich Pollock, Erich Fromm as well as from a later period Jürgen Habermas and Alfred Schmidt. The most recognisable works include: The authoritarian personality, co-authored by Theodor Adorno, Dialectic of Enlightenment (written by Adorno and Horkheimer), The Eclipse of Reason by Max Horkheimer; Eros and Civilization: A Philosophical Inquiry into Freud and One-Dimensional Man by Herbert Marcuse (the influence of philosophers from Frankfurt School may be best proven by a popular slogan repeated by students in the sixties: “Marx, Mao, Marcuse”, while Eros and Civilization is said to have been the most influential book behind the student movements of the 1960’) as well as Toward a Rational Society and The Theory of Communicative Action by Jürgen Habermas. The postulates of Frankfurt School were also inspired by György Lukács and Antonio Gramsci with his theory of cultural hegemony.

What aspect of the society were criticized? What changes were proposed by the Critical Theory? What aims were fulfilled?

The new proposal of radical changes no longer referred to the economic struggle between groups of people, but it concerned the relations of power that exist between natural groups such as family members, sexes, ethnic groups and the dominance of ideologies, religions and traditions over the members of a society. “Any social phenomenon lends itself to critical investigation, to be challenged and not taken for granted.”

What then should be criticised and challenged? Well, we are all living in an authoritarian society in which the rules and principles are forced on us by previous generations, sometimes openly, more often in the form of symbols, fossilised expressions, definitions, behaviours. Therefore, the need for critical thinking is called for. We should have the courage to challenge not only superficial aspects, but first of all those core matters on which our societies are based. We should question the most obvious notions and concepts, uproot images, destroy associations usually triggered by literature and art. The anticipated transformation can only come if the relations of power are severed, the bonds between natural groups broken and the traditional way of thinking about things is changed. People have to be liberated from hidden hegemony as well, as Gramsci put it, from dominance hidden in language. There the hegemony should be disclosed and demystified. According to Habermas, language is a tool of exerting dominance and wielding power over members of society. A change of language, a transformation of basic concepts is indispensable in the struggle for a transformation of society. The truth is not an element of the world, it is but an element of used language. If we change language, society will change so to say automatically, because the long-existing structures of dominance will fall apart. 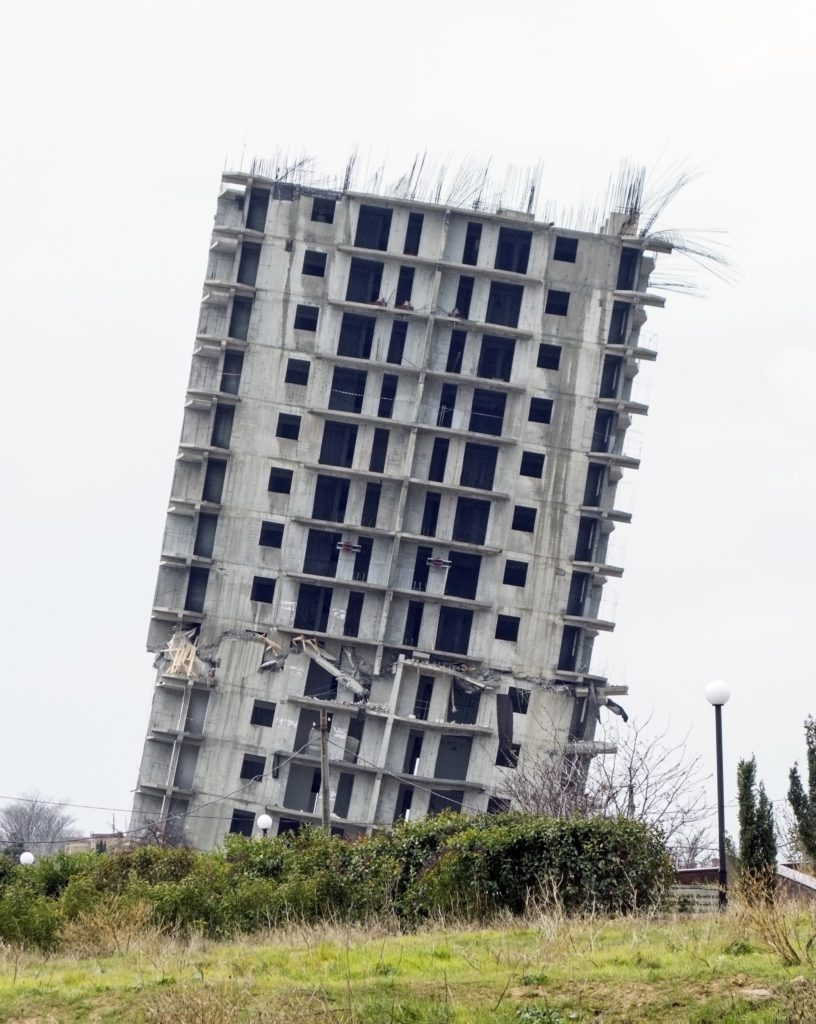 We are living then in a hierarchical society in which we strive for dominance over others. Even the names of social functions and roles like parent-child, teacher-pupil, names of sexes hide the narrative of power. It is then vital to fight the hierarchy, placing the stress on horizontal relations, collegiality, cooperation, co-responsibility. The first thing to combat is parental authority. This authority armed with conservative educational methods, as Adorno and his co-authors put it in The authoritarian personality, develops personalities prone to propaganda, eager to show hostility towards ethnic minorities by which they feel threatened. In the process of shaping such personalities, the aggression is transferred from the authoritarian parent, towards whom any form of aggression is forbidden, to people towards whom showing aggression seems safe. This kind of experience in childhood results in adopting such irreverent attitudes like ethnocentrism or antisemitism. In order to eradicate them, a profound personality transformation is required and implemented as far away from the nuclear family as possible. The language used for family relations should be recast: any positive references to hierarchy, the notion of the family head, stereotypes of family roles, sharing the household chores, the children’s dependence on parents should be changed.

Furthermore, we are living in a repressive society whose members are forced to ignore their needs and suppress their desires. Their sexuality should be released, their needs should be satisfied without remorse. One cannot live against oneself and only meet the requirements of an oppressive religion. One cannot be stripped of happiness to be riddled with superstition. According to critical theory the language used to describe relations between sexes must undergo a deep transformation as well. Stereotypes about the weaker sex, the necessity of female dependence, and sex roles circulating in the society must be changed and the language of sex equality, equal opportunities and women parities should be promoted instead. The notion of sex should be free from any fixed associations with inherent features.

We are living in a closed society, which shapes our sense of belonging to a group at the cost of excluding others. Language reinforces the feeling of closeness. Hence, by changing language, it is feasible to create an open society. But this involves breaking with tradition. Therefore, one must question the accepted custom, habits, cultural setting and encourage openness to other heritage, other cultural models and values. The actual aim is not to appreciate those other cultures, for these will, too, fall prey to the changes at a later stage, but to create a new society with its own set of newly established ways of thinking. Inevitably, it requires doing away with religions, because religions are tools for providing supernatural substantiation to all sorts of hegemony. Religions creates myths and language associations that strengthen the relations of power. No transformation is feasible without reversing the intertwined influence of religion and tradition. Religions enslave people, they are merely a tool of oppression. Since religion seems to be a constituent part of human awareness and does not let itself be easily eradicated one needs to dilute its influence, claiming that a particular religion is but one of the many ways people choose at will to achieve happiness. For that matter if one shifts the centre of gravity from serving a god to serving man in the pursuit of happiness, one will divorce all those hidden kinds of hegemony of its supernatural support. Churches should only be engaged in charitable works. The only way of liberating humankind, says Marcuse, is not religion but polymorphous sexuality.

We are living in fenced-in societies. All generations of Marxian philosophers have attempted to annihilate nations and promoted international and cross-national organisations, be it the old Comintern, or the Cominform. Ventotene Manifesto by Altiero Spinelli, another product of another communist author, claimed that the nation-based states pose a threat to the world’s peace. Hence the promotion of local homelands, encouragement to cross-national and cross-cultural marriages. We are all the same. There are no differences; there is only one race: the human race. Let us drop the notion of a nation in the era of globalisation. Divisions on whatever criteria lead to conflicts and wars. If we can suppress the commitment to groups, we can eliminate the sources of conflicts. Even the names of cardinal directions and parts of the world reveal contempt and dominance of some states over others. The commitment to an ethnic group results in economic and cultural inequalities between peoples. Imagine no family, no commitment, no tradition, no religion, no nations. Imagine inter, trans, cross. At first one has to break the previous structure down into building blocks to make a new structure. In a world where all are alienated, there is no place for alienation.

What is the actual influence of Critical Theory and other neo-marxist philosophers and schools? The students’ protests, sexual liberation, downfall of authorities, political correctness, post-colonialism, gender mainstreaming, feminism, globalism. Patchwork family. Patchwork tradition. Patchwork religion. Patchwork state. Patchwork race. Certainly, not all postulates were shared unanimously by all, not all have been achieved. Certainly, some of them were even reasonable. Certainly, some of the achievements are but by-products of technological development. Yet, despite the variety of tools and methods, different personalities of intellectuals involved, despite the fact that some philosophers withdrew or distanced themselves from previous achievements (Marcuse eventually summed up the students’ protests as flowers without power), it seems that they have managed, slowly but surely, without physical force, dictators, prisons or camps to incarcerate dissenters except for some rare cases; generally, it is enough to ridicule them to reshape the western man’s cast of mind. The transformation of western societies is a fait accompli.

Habermas Jürgen (1967), Toward a Rational Society;

Marcuse Herbert (1944), Eros and Civilization: A Philosophical Inquiry into Freud;