Syria has long been a target of Neoconservative foreign policy. After the removal of Saddam Hussein from Iraq, Paul Wolfowitz, the leading Neocon ideologist, Deputy Defence Secretary under George Bush and an architect of the invasion of Iraq, said in 2003 that ”there will have to be a change in Syria”.1)Syria could be next, warns Washington, The Guardian.The problems during the occupation of Iraq and the radical change in the American public opinion towards the conflict forced the Bush administration and Neoconservative circles to shelve their plans.

Original plan and first problems
In 2011, Obama assembled a mighty coalition, including France, the UK, Israel, Turkey, Qatar, and Saudi Arabia to finally remove Assad and bring “regime” change to the Syrian people, confirming the line of of “liberal interventionism” of the Bush years as Robert Kagan, another prominent Neocon ideologist, defines it.

In August 2013, following an alleged use of chemical weapons by the Assad government against rebels, Obama finally found his pretext to justify the invasion of Syria, obtaining the authorization for the use of force from the US Senate.2)S.J.Res.21 – Authorization for the Use of Military Force Against the Government of Syria to Respond to Use of Chemical Weapons, Congress.govThe use of sarin by the Assad troops would later turn out to be a fabrication,3)The Red Line and the Rat Line, London Review of Books.much like Saddam’s never found weapons of mass destruction that the Bush Neocons had used as an excuse to justify the invasion of Iraq.The invasion of Syria, however, did not follow; while Obama struggled to obtain parliamentary approval which he eventually received, his key ally David Cameron, Prime Minister of the UK, failed to obtain the same approval from the British parliament,4)British Prime Minister David Cameron loses parliamentary vote on Syrian military strike, Washington Post.and Obama, with only France remaining on his side, was unable to form his own coalition. The popular outcry in the West against a military intervention brought about a strategical U-turn. Members of the new coalition were assigned different roles according to their capabilities: France, the UK and the US were tasked with providing the rebels with training and weapons; Israel and Turkey with logistics, Qatar and Saudi Arabia with funding, weapons supply and transfer of manpower from Salafist groups like the Al Qaeda affiliated Al Nusrah.

Common goal: removal of Assad
All the members of the Obama coalition had their own reasons to see the Syrian President gone.

While everyone in the West agreed on the necessity of removing Assad, each member of the coalition had its own plans for Syria that were irreconcilable with those of at least one other member. To sum the different interests up:

With Obama paralyzed by diverging interests and indecisiveness on the one hand and the inability of Saudis to control the myriad of Salafist-inspired jihadist groups that were created during the civil war on the other, the Russians decided on a pro-Assad intervention. In the meanwhile, 4 years after Hillary Clintons famous words: “Bashar’s Days Are ‘Numbered”,7)Hillary Clinton: Bashar’s Days Are ‘Numbered’, The Atlantic.Obama’s term of office expired whereas Hillary Clinton, the executor of his foreign policy, was defeated by Donald Trump, who preached disengagement from the Middle East. Then King Abdullah of Saudi Arabia died, François Hollande’s popularity in France fell to an all-time low in any democratic country,8)Record low for Hollande with 4% approval rating, Media Watch 2016-10-25.forcing him to resign from seeking a second term, Turkish President Erdoğan (partially) switched sides from the US to Russia, and Assad liberated the key city of Aleppo.

Maybe the neo-conservative should have revised their long-term plans before embarking on the ‘regime’ change operation, realizing it was never going to work out and there was no point in making a futile effort to begin with. So much so that it entailed countless victims in the process. 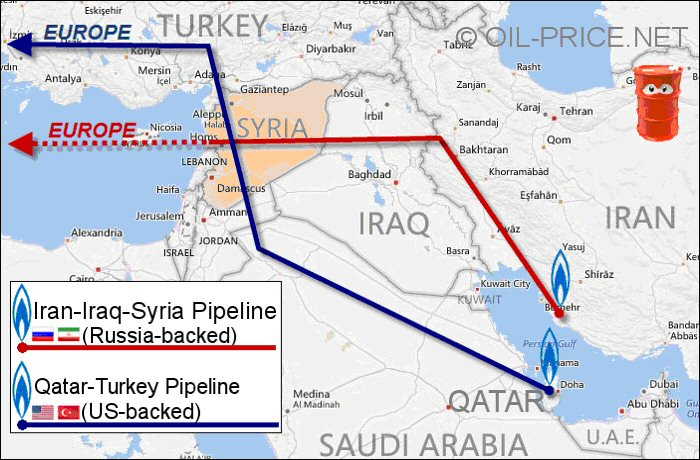