American dreams about energy independence may never come true. After a continuing decrease in the shale oil production, also the shale gas output has reached its peak and started to fall. As shale oil and gas make up half of the total United States oil and gas production and the rig count remains historically low, the American energy independence is shrinking and hopes for American LNG supply to Europe are disappearing into thin air. The US continues to be a net importer of energy resources and this is not going to change.

Dreams about the American energy autonomy are far from being abandoned, though. The shale revolution enthusiasm was shared even by top politicians, like Hillary Clinton, who claimed that the US had achieved energy independence, even if it was obviously not true.1)Hillary Clinton said America is energy independent. It is not, CNBC 2016-10-10 Gas autonomy seemed to be more achievable that of oil and 2016 was slated to be the first year when the US would export more gas than import.2)The New U.S. Energy Era Will Be a Gas, USNews 2016-05-16

But this is not likely to happen, as there was not a single month when the US sold more gas than bought, even if exports have soared in recent years (data up to September 2016, Source: EIA). 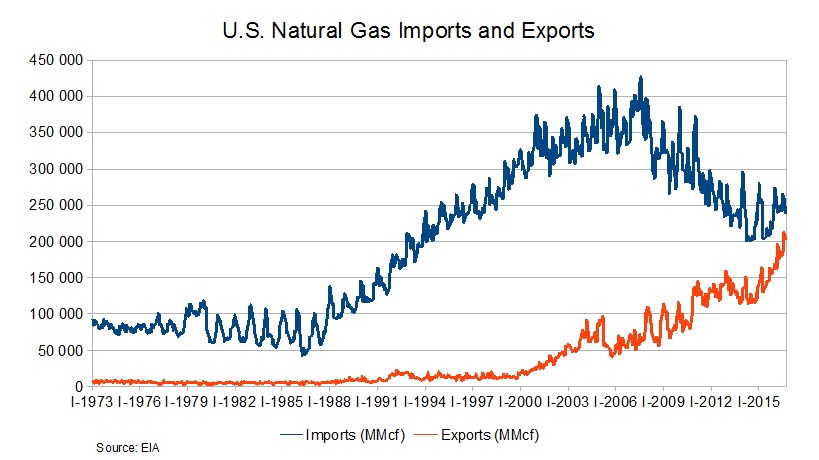 The end of the shale gas boom makes the dreams about American gas independence as well as those of supplying Europe with LNG and thus diminishing her dependence on Russian gas less feasible. The EIA estimated data of shale gas production shows that the peak is over and that the downtrend has set in, exactly as is the case of shale oil. 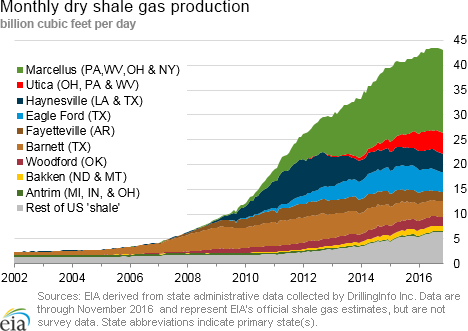 Naturally, one may think that the shale gas production can rise quickly as soon as the price goes up. But this is not so easy, because during the last few years, the US producers have reduced dramatically the number of gas rigs that are needed to open new wells. 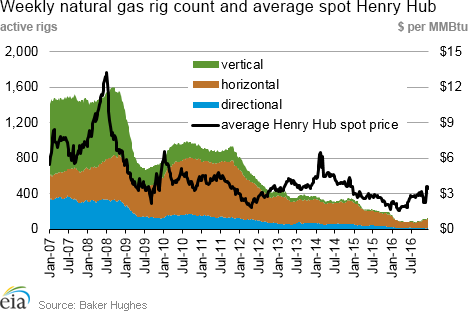 Moreover, gas producers left only the horizontal (shale) rig count active. Although horizontal wells are definitely more productive than vertical ones, their time of usage is shorter, so the shale gas output, with no imidiate increase in rigs and wells, is doomed to fall, just as dreams of American gas independence are.

Soon, the US shale gas production line may look like this: 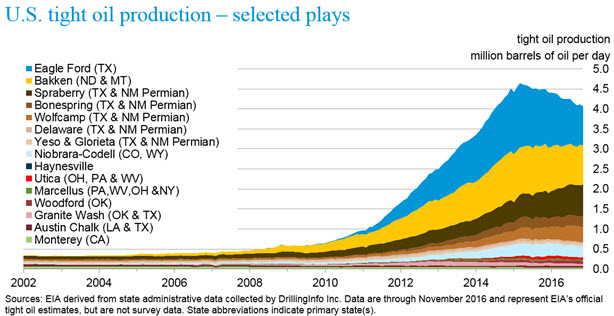 The problem with shale gas is exactly like that with shale oil: it makes up half of the US production. So the shale output is crucial to the total output. Shortages cannot be compensated for quickly by conventional sources because with such a low rig count less effective vertical production will not be enough to maintain the current level. 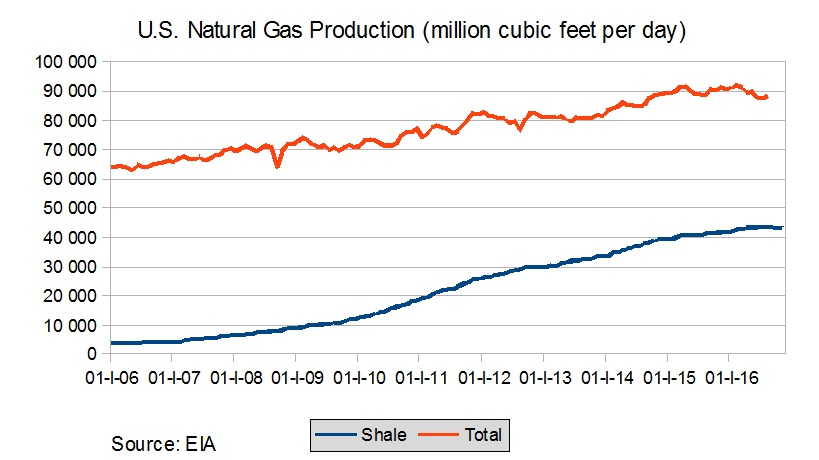 Consequently, the US gas production may soon be (it is a matter of a few years) back on the 2006 level, so there is no way that US is going to be a huge power in a global gas market, even if the US gas demand grows not as quickly as it used to.

The US with a daily gas consumption of 75 bn cubic feet per day (yearly average), with the daily production decreasing from 90 bn cfd down to 60-70 bn cfd, will leave no choice for the authorities but to curb gas exports and increase imports to meet the domestic demand.