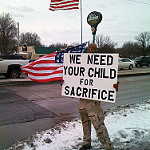 There is a good chance Donald Trump will win the presidency as we already said in August 20151)The world should prepare for Mr. Trump as the next president of the USA Source Gefira 2015-08-15. Trump has the support of the most powerful part of the American elite. A Media Research Center study finds that, over a two week period, coverage of Donald Trump’s campaign took up nearly 78 percent of all CNN’s prime time GOP campaign coverage. 2)CNN Has Spent 78% of Its GOP Primary Coverage on Trump Source RedState 2015-09-16 According to mediaQuant, the big networks gave Trump 1.8 billion dollars’ worth free publicity, far more than the other candidates, with Clinton receiving a mere 746 million dollars. Mika Brzezinski and Joe Scarborough from MSNBC seem to be very tough on Trump, while at the same time they cannot stop talking about him. A leaked audio conversation from behind the scenes shows that these “very critical” television anchors are in the tank with the Trump campaign3)Leaked Audio Catches MSNBC Mika Brzezinski and Joe Promising Not to ask Donald Trump Hard Questions Source 2016-02-22. The contender for the republican nomination is getting full support from the owners of television networks, i.e. from people who decide what the US public talks and thinks about. Although, as we explained it in our March Gefira, Trump had full support of the Wall-Street banks, it does not mean that all of the GOP establishment backs him up. Some very well-known party members, like McCain, have good reason to be anxious about their political future. The Trump revolution is not a people’s revolution but rather a palace coup.

If Trump wins the presidency, the neo-conservatives will lose their influence on foreign policy and disappear from the political spectrum. Trump publicly said that he respected Vladimir Putin, and that he would get along with the Russian president. During one of the debates he bluntly stated: “NATO is obsolete, it does not cover terrorism, it covers the Soviet Union that does not exist anymore.”4)What Trump gets wrong about NATO Source MSNBC Morning Joe 2016-03-30 Trump’s appointment of Carter Page as a member of his team responsible for foreign affairs shows that he is very serious about this. Carter Page, the owner of “Global Energy Capital LLC” understands that the sanctions against and the resultant strained relations with Russia both inflict harm on Moscow and damage the US interests. Carter Page neither puts the blame on Putin, nor the US; he blames a small part of the American political decision-makers, the neo-conservatives, for the inimical relationships between the West and Russia. Trump’s friends are part of the global business and finance elite. It is detrimental for them to trade a failed state such as Ukraine for good relations with Russia. On the “Foreign Policy” website Carter Page blames Victoria Nuland for jeopardizing US interests: “Given Victoria Nuland’s experience with the prior conflict in Iraq where separatist tendencies have now resulted as a collateral outcome of U.S. intervention, she has unique insights that may help her guide American foreign policy in Europe. From a cost assessment standpoint, that prior endeavor’s price tag which she helped lead may have had costs in excess of $2 trillion. Yet as a way of improving U.S. foreign policy in future scenarios, there may be advantages of not instigating revolutions and resultant separatist tendencies like this in the first place. From Baghdad to Maidan and beyond, be careful what you wish for.”5)There will be costs: Applying U.S. intervention principles from Ukraine to North America Source Global Policy 2014-03-04 In another post he wrote: “But what he (Obama) did not cover is the force that destabilized all of Ukraine and in turn sparked this current conflict in the first place, namely the U.S. Government’s support for the revolution across the country last year which helped replace the democratically-elected government in Kyiv. “6)Europe Awake: Mogherini’s Future and NATO’s Fiasco Source Global policy 2014-09-04

In 2017 the White House could have a foreign affairs advisory team that at least understands Russian policy in Ukraine as a response to NATO’s aggressive expansion. In Global Policy Journal Carter Page wrote “However, this time it was the West’s meddling in the affairs of Eastern Europe which incentivized Moscow’s approach and chilled relations between the two. A look at the profoundly changing map of NATO’s footprint (below) helps to clearly illustrate the reasons for Russia’s defensive response.” 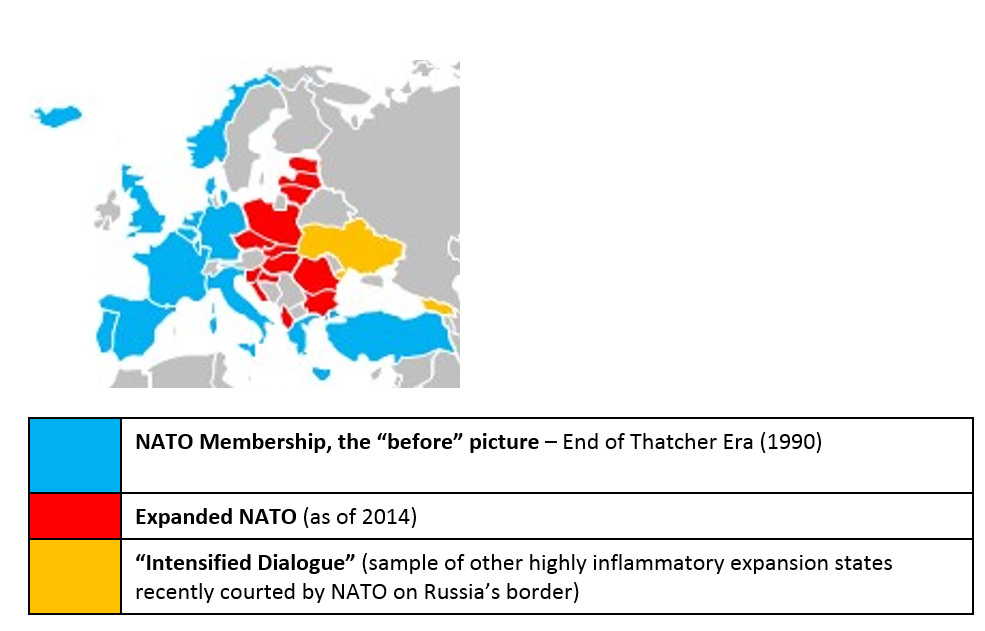 “Showing a wide gap with the realities of the new spheres of influence created by NATO expansion, President Obama also suggested that, “Just as we refused to accept smaller European nations being dominated by bigger neighbors in the last century, we reject any talk of spheres of influence today.” The in-your-face, incendiary aspects of his visit to this relatively new NATO ally were also evident in Tallinn’s location only about a four hour drive from Russia’s second largest city, St. Petersburg.“7)Europe Awake: Mogherini’s Future and NATO’s Fiasco Source Global policy 2014-09-04

This possible radical change in US foreign policy has not gone unnoticed by the neoconservatives. They will do whatever it takes to prevent Trump becoming the 45th President of the USA.

Trump’s rapprochement will be welcomed by such European leaders as Horst Seehofer (President of Bavaria), the Hungarian Prime Minister Viktor Orban and the Italian Prime Minister Matteo Renzi. NATO’s chair Anders Rasmussen, Germany’s Chancellor Angela Merkel and UK’s Prime Minister David Cameron will need some time before they are accustomed to the new marching orders from Washington. With Trump in the White House, the US will stop propping up Ukraine, bringing about a domino effect in that the IMF may lose its patience with Kiev overnight. Trump sees no reason for making the US taxpayer and business community liable for the political failures of the Washington neo-conservatives and Kiev oligarchs.