The new conservative government in Poland is giving grounds for anxiety in some of the European countries. The sweeping victory of Law and Justice and the resulting rule by that party may bring about significant changes on the European political stage, which, however, need not necessarily be looked upon as harmful. Poland may join the party line of David Cameron, who supports a reformatory trend in the European Union, which in turn may prevent the United Kingdom from leaving this political organization.

Law and Justice (Polish PiS) led by Jarosław Kaczyński has come back to rule the country after eight years during which it was Civic Platform (Polish PO) that held the reins of power; the latter deprived of its leader Donald Tusk has failed to convincingly address the numerous complaints made by the electorate. The victory reported by PiS is by no means sensational nor is it a political upheaval; the huge difference between the number of votes gained by PiS as opposed to those won by PO may be surprising, though.

No foreseeable big changes in economy

There’s no denying that PiS has not enjoyed good press in Poland, still less so abroad. Yet, claims about the alleged ‘ultra-nationalism’ being declared by this party are much exaggerated; nor the label stuck to it as ‘conservatives’ corresponds strictly to fact. True, ideologically PiS members subscribe to a conservative point of view, drawing on Christian moral values. As for economy, the party shares much in this respect with the leftists. In the run-up to the elections PiS engaged in a number of populist promises such as repealing the pension scheme reform (i.e. lowering the retirement age) or levying sales tax on supermarkets that are mostly owned by foreign capital.

We tend to think that there is no cause for alarm. The government headed by Beata Szydło, who was designated to be prime minister by Jarosław Kaczyński, faced with reality, will be forced to draw out the fulfillment of the promises or else modify them in an unenviable attempt not to let their voters down on the one hand, and not to do harm to the public finances on the other.

In the years 2005-2007, when PiS held power for the first time, the state finances were in very good shape. We are of the opinion, therefore, that any possible concern over financial matters may be put to rest: PiS, a party among whose members rank also economic liberals, will not take the risk of significantly running a growing budget deficit or the public debt. Also, the new government is highly unlikely to take all the steps against the banking system, as it has announced. Pragmatism is what is to be expected once the government comes to terms with reality. Now that the elections have come to an end, the victorious politicians will handle the stock exchange matters and the exchange rate of the Polish zloty with great care.

The change of government in Poland will have a much greater influence on the geopolitical situation rather than on the economic one, with no unexpected or surprising reversals of the political course, though. The fear that Poland might loosen or break her relations with Germany after years of good bilateral contacts is not substantiated: the political platform of President Andrzej Duda, who may have a say in foreign policy, appears to support this assumption. Still, Chancellor Angela Merkel is going to find in Poland a tougher partner. Up to now the PO government has repeatedly approved of and supported most of her proposals: among others, it accepted, overcoming the initial resistance among the party members, the immigrant quotas for Poland. The political program of PiS diverges in many respects from that of PO, although both parties represent the right political wing and both derive from the Solidarity movement.

Summing up, as far as geopolitics is concerned, the new government will attempt to:

Point 3 above appears to be the most important. Both PiS and David Cameron’s Tories are members of the same European Parliament Faction: European Conservatives and Reformists. Notwithstanding the fact that the British and Polish governments are divided on many issues, still the British prime minister will have an ally in the PiS government in the case of carrying out reforms of the European structures; these, when implemented, might keep the United Kingdom within the Union. Poland with her new government is likely to become David Cameron’s major ally, since PiS politicians, like him, are decisively against a further federalization but rather in favour of more autonomy for particular Union members. It is not in Polish interests, either, to have the largest nation that does not belong to the Euro Zone leave the Union. 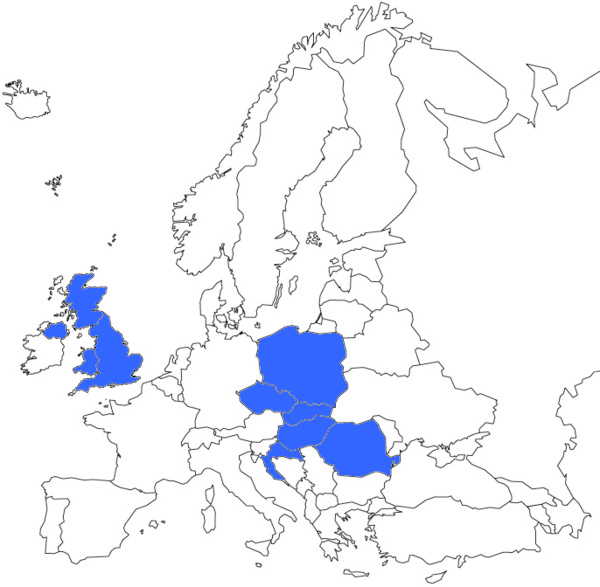 Figure 1. Possible allies of Poland in the EU during PiS reign.

Migrants are yet another burning issue. The new Polish government will probably be more resistant to the proposals laid down by the European Commission as compared to the previous authorities. The alliance of Mid-East European nations known as the Visegrad Group may gain in significance, despite the fact that the disintegration of the said group has recently been looming large. It was shortly after the election results had been made public that Jarosław Kaczyński in a short speech mentioned his late twin brother Lech, one of the former presidents, who was a great advocate of the cooperation of all the states located between the West and Russia.

The 2010 fatal plane crash at Smolensk with President Lech Kaczyński on board may further adversely affect the Polish-Russian tense relations. Nonetheless, Russia stands to win from the election results in Poland. Despite the differences that divide the two countries, it is desirable for Vladimir Putin to have another EU member, in this case Poland, work towards the loosening of the European integration. Poland’s policy towards Ukraine is not going to undergo a change, though. The government formed by PiS is sure to strongly support Ukrainian plans to join the European Union; at the same time it will push for a zero-tolerance historical policy when it comes to putting a positive spin on the World War Two events involving the Organization of Ukrainian Nationalists (OUN) and the Ukrainian Insurgent Army (UPA) (held responsible for ethnic cleansing carried out against Poles in 1943) by the Ukrainian authorities.

2. Poland Ousts Government as Law & Justice Gains Historic Majority Source: Bloomberg 25-20-2015
Poland’s opposition Law & Justice party is on course for an election victory unprecedented in the country’s modern history as it sweeps into power pledging a tougher stance on refugees and more state control over the economy.